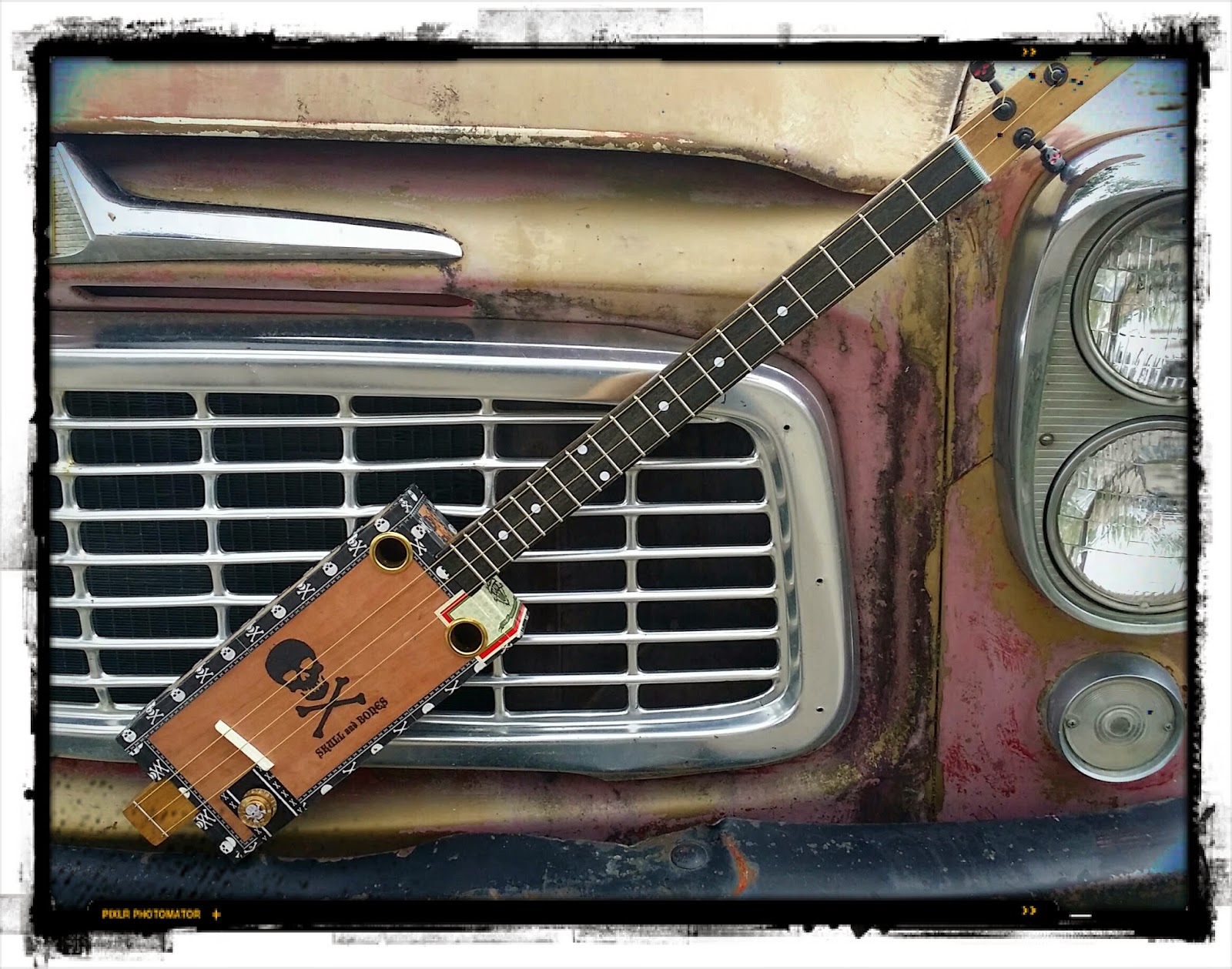 spending some time this past week going through my blog and leafing through my non-cyber journals, i realized that i have allowed my life to encroach upon me. i've allowed work to impose and gobble up my time. more recently, i've allowed loneliness and lethargy to rob me of moments that once were spent creating...cloth....dolls....music....instruments...whatever!

in an effort to turn this decidedly unhealthy tide, i spent some time in my workshop this last weekend working on a new cigar box guitar.  you may remember this one here, where i acquired this unusual (and quite rare, it would seem) skull and cross bones cigar box.  i've had a lot of fun playing that four-stringer over the past year! while i know that i have other cbg's (cigar box guitars), some with four strings, some with three strings, and even that lovely one from my friend in england that is convertible between three and four strings, i came across this companion to that skull and cross bones cigar box with black printing instead of red and fully two inches smaller and decided i needed (yes, "needed"....one can never have too many music makers) a three string cbg brother to keep the older one company.  some sawing and sanding and shaving and cutting and wiring and happily spent hours later, i had this beauty above! like it's predecessor, it is an acoustic/electric so can be played either way. it has wonderfully low, easy action so will be fun to work out swift blues rifts on!  unlike its brother, this one even has black skull shaped tuners and a volume knob with a tiny skull in it (which you can see if you click on the pic and zoom in).

i think i have a couple old wood wine boxes that just might be large enough if i put them together to create a nice hard cbg case that will hold both of them!  time to go rummaging around in the workshop again and see if this is so...