"the little dissatisfaction
which every artist feels
at the completion of a work
forms the germ
of a new work."
-berthold auerbach 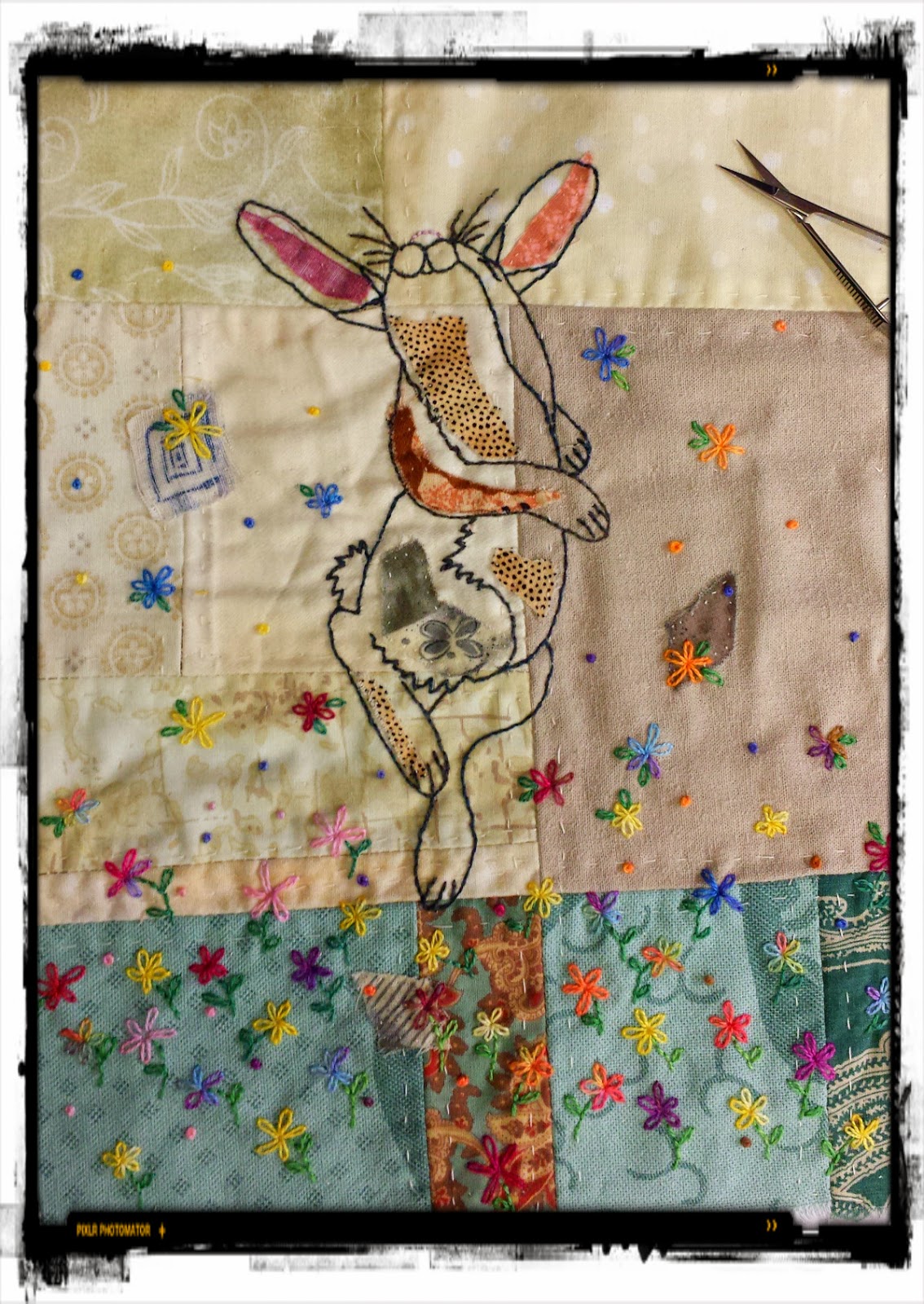 when i came across auerbach's quote (above) some quiet self inside whispered "yes". another pondered "hmmmm". though i have always asserted that the reason i have so many unfinished projects going at one time was because i get bored so very easily and it allows me the freedom to change things up a bit, i'm now beginning to wonder if perhaps it is more an avoidance of dissatisfaction? could it really be....ooooh, a puppy! ha!

some stems to plant the flowers firmly on the ground, and leaves giving wings to those in the air and this little spring cloth is completed. in a way. it has no backing as i haven't decided what it will become as yet. perhaps a simple little smile of fiber all on its own to find its way into a frame or a book or some empty space somewhere. though i seem to recall having a couple other bunny cloths hopping about in the studio that may now seek completion and perhaps some unifying force to form a larger cloth of bunnies. only time will answer this small mystery.

in the meantime, little dissatisfaction over completions aside, it feels good to actually finish something for a change. perhaps this year will be one of completions? this is not to say that i won't start new journeys in cloth and thread, but rather that interspersed between the emergence of new cloths i shall begin to see more completions than in the past.  i rather like this feeling of completion.