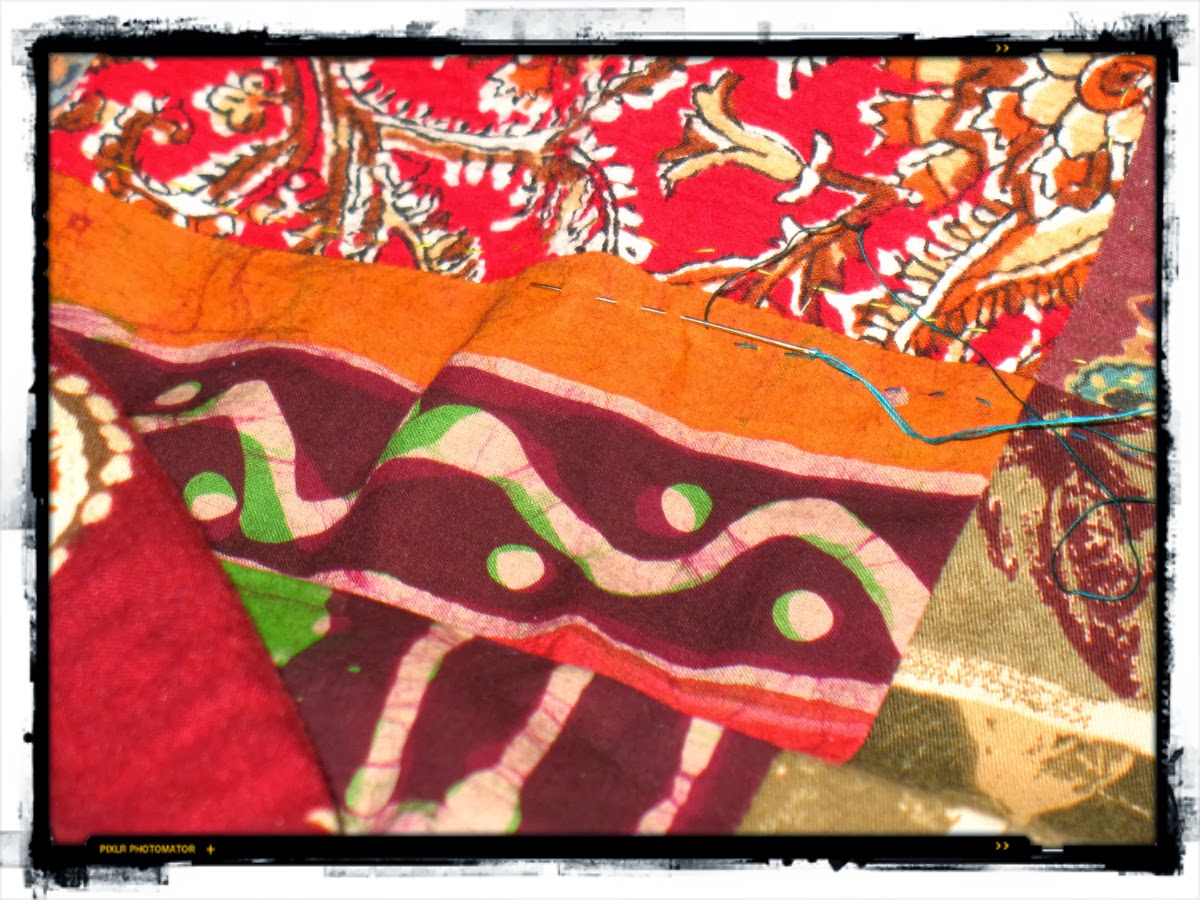 in an effort to simply start doing, rather than thinking about doing, i've picked up community and begun top stitching the seams on the first row. just continuing on. though i have the thought that the name will be changing soon. i'm still listening for the this new name, so until the whispers become loud enough to hear, i will still call it community.

as some of you may recall, community began as a human wrapping cloth comprised of various salvaged scraps from discarded and unwanted clothing from the community in which i live. some garnered from local thrift shops. others from yard sales. still others donated to the project from friends and strangers who heard about the endeavor.

now, as i enter into the last year or so that i will be living here in montana, my thoughts about this cloth have begun to evolve. grow. enlarge. it is no longer content to be a series of squares and rectangles quilted in a more common manner (i had been contemplating even machine quilting this one). it wants to have more story to it than this. whispers of beasts and words are becoming coherent. insistent. so between bouts of stitching the seemingly endless seams with vintage variegated threads, i will begin exploring visceral, almost totemic, illustrations of beasts. lions. tigers. leopards. bears. who knows what all else? but these are foremost in thought at the moment.

with the riotous color already present in what will now become the background blocks of this cloth, i shall have to get somewhat inventive to keep the new beastie population soon to appear from disappearing into this cacophony of color!